Receive our newsletter to seek God for revival in America.

It was the “Great Century” according to eminent church historian, Kenneth Scott Latourette, because of the unprecedented global growth of Christianity from 1800-1899. The gospel spread forcefully across the earth, and America was probably the greatest recipient and participant in God’s Kingdom advancement during that time. The “Great Century” began with the new country’s Second Great Awakening that lasted until approximately 1840. In the second half of the 1800s, the US was blessed with another nationwide move of God’s Spirit, which is the subject of this article.

A Christian revival is an outpouring(s) of the Holy Spirit that increases God’s kingdom and thus weakens the work of Satan. Revivals impact three spheres of society: personal transformation, societal improvement, and territorial blessing. Revivals can take place in small areas like a university campus or large areas like an entire country. America has experienced hundreds of local and regional revivals, but there have been three national revivals – the First Great Awakening (1730-55), the Second Great Awakening (1790-1840), and the Businessmen’s Revival (1857-58).

The Businessmen’s Revival had a very clear yet almost imperceptible beginning, which shaped the movement and gave rise to its name. It started with the leadership of a layman named Jeremiah Lanphier. Lanphier was born in 1809 and converted to Christ in 1842 at the Broadway Tabernacle in New York City. It is important to note Lanphier’s spiritual heritage, for the Broadway Tabernacle was a church planted by Second Great Awakening leader, Charles Finney. Lanphier grew up spiritually in an environment acquainted with revival, and that background seemed to have set the course for the rest of his Christian life. Lanphier had been a businessman in downtown New York City for years, even after his conversion, but his burden for the lost was great. Even though he had no theological training or ministerial ordination, Lanphier left his calling as a businessman to be fully employed on July 1, 1857, as a City Missionary of the North Dutch Reformed Church on the corner of Fulton and William Streets. The church was concerned about its shrinking membership as well as the eternal state of its Lower Manhattan neighbors. They found a willing soul in Lanphier, so they called him to take the lead in evangelizing the church’s neighbors. 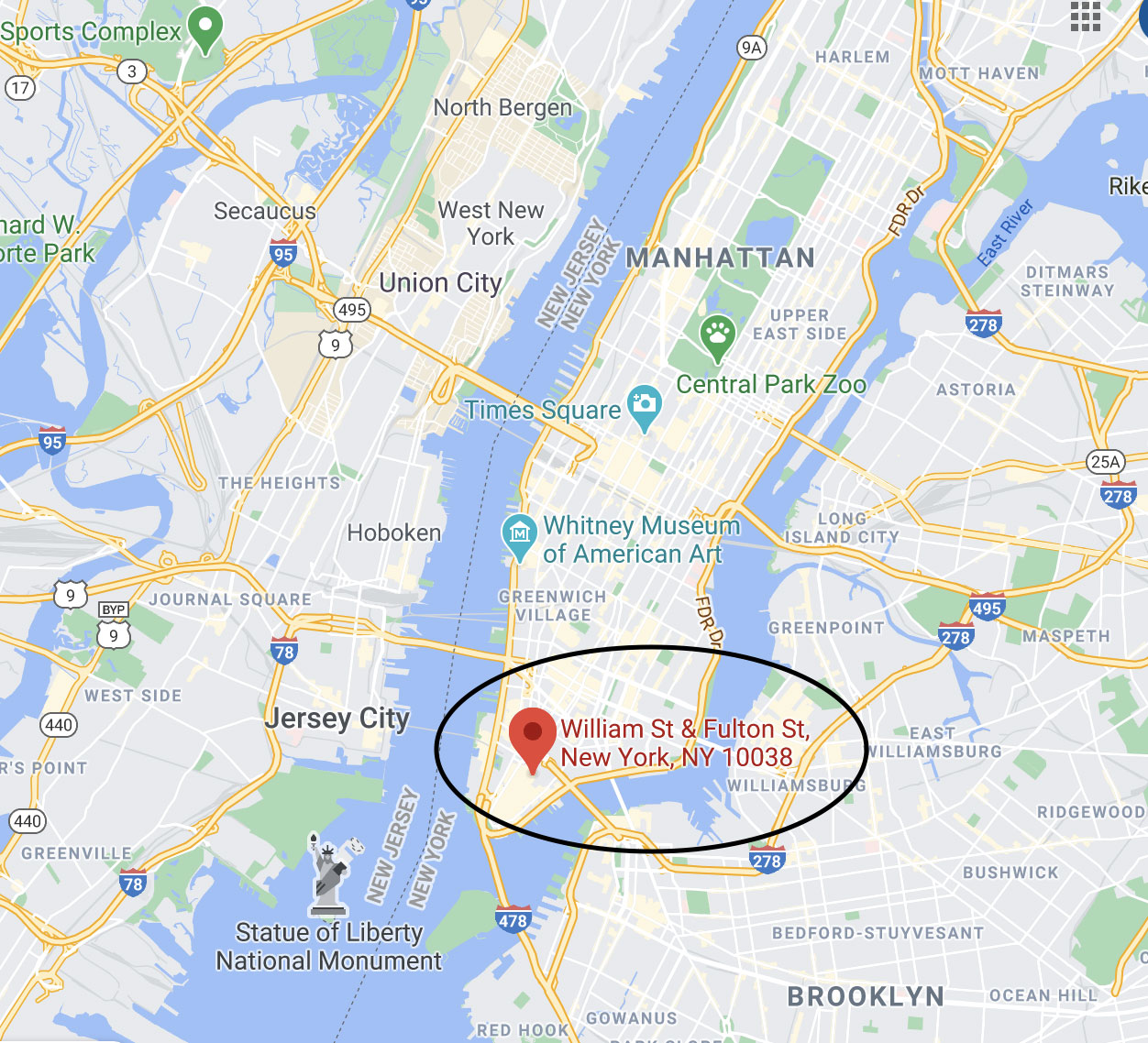 Three month’s into his new ministry assignment, Lanphier decided to start a noon prayer meeting. One might wonder why the missionary would start a prayer meeting instead of an evangelistic one. We can recall Lanphier’s spiritual heritage at the Broadway Tabernacle and presume that Lanphier realized that much prayer was required for the success of any soul-winning ministry. 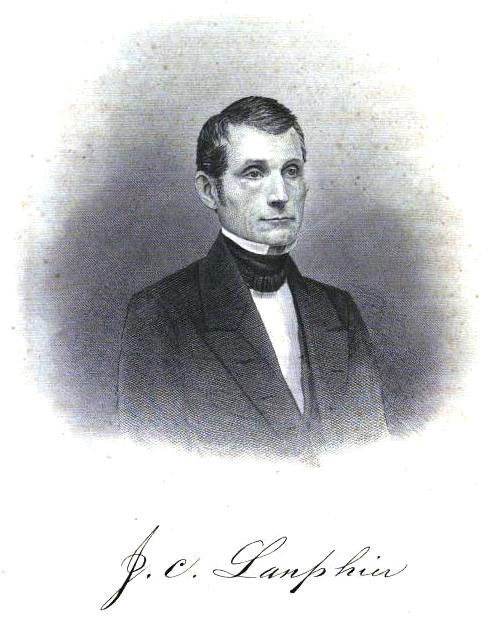 Lanphier so believed in this new prayer meeting that he had thousands of handbills printed to announce the meeting. Then, he distributed them all himself. The message on Lanphier’s pamphlet read as follows:

How Often Shall I Pray?

In prayer we leave the business of time for that of eternity, and intercourse with men for intercouse with God.

A day Prayer Meeting is held every Wednesday, from 12 to 1 o’clock, in the Consistory building in the rear of the North Dutch Church, corner of Fulton and William Streets (entrance from Fulton and Ann Streets).

This meeting is intended to give merchants, mechanics, clerks, strangers and business men generally an opportunity to stop and call upon God amid the perplexities incident to their respective avocations. It will continue for one hour; but it is also designed for those who may find it inconvenient to remain more than five or ten minutes, as well as for those who can spare the whole hour.

The date for the first Wednesday noon prayer meeting came, September 23, 1857. Having passed out thousands of invitations, how many people would come to pray? One can only imagine how Jeremiah felt as he sat in the empty meeting room all alone for a full thirty minutes. From 12 to 12:30 pm, not a single soul showed to pray. But then a few believers trickled in until there were six people in attendance at the first noon prayer meeting for businessmen. Believe it or not, that was the start of the Businessmen’s Revival.

At the second prayer meeting, more people joined. The third week, forty people showed. What started as a mere drip was turning into a steady stream of prayer. Lanphier decided to turn the weekly prayer meeting into a daily meeting. Other churches from all denominations in Manhattan joined the trend. Noon prayer meetings sprang up all over Manhattan in church buildings and theaters. Reporters from the New York Times attempted to count the number of people attending noon prayer meetings. They could not make it to every prayer gathering before 1 pm. Those that they numbered were 6,110 people at 10 churches or theaters, and it was estimated that 10,000 men participated in the noon prayer meetings. Now the steady stream of prayer had become a raging river.  Noon to 1 pm was no longer sufficient. Prayer meetings began in the evenings and often lasted for two hours at a time. 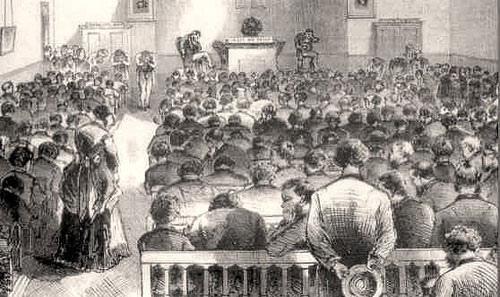 The prayer meetings overflowed into evangelistic campaigns with remarkable success. In January 1858, three months after Lanphier’s meetings began, New York City area churches of all kinds saw an increase of new converts. For example, the Gothic Church in Brooklyn received 75 new converts in January 1858 and the nearby town of Yonkers reported 90 new professors in a month’s time. But these souls only represented the firstfruits of the harvest that was still to come. Two months later, in March 1858, individual churches witnessed 100s of new births each Sunday! The Thirteenth Presbyterian Church of New York City counted 113 new believers on Sunday, March 14, 1858. Conversions became common at the prayer meetings around town, and special evangelistic meetings began alongside the prayer meetings in order to meet the demand of spiritual interest. News of surprising conversions compelled even more of the populace to consider Christ, like notorious boxer, Orville “Awful” Gardner, who testified of his new life in Christ. In May 1858, the Presbyterian Magazine projected that 50,000 New Yorkers had entered the kingdom of God in the first five months of 1858.

The press reported on the amazing events in New York, spreading the news across the nation. The New York Herald simply titled one column “The Revivals.” States from coast to coast started to experience similar happenings. Multiple prayer meetings filled cities from morning to evening. Washington D.C. had five daily prayer meetings starting at 6:30 am. Following Lanphier’s example, the prayer meetings were non-denominational and primarily for laymen in their leadership and participation. Local businesses would often agree to close their shops for an hour of prayer so that employees could pray without loss of business and patrons would not be distracted from prayer.

Every denomination recorded remarkable growth in 1858. The Methodist Episcopal Church chronicled over 8,000 conversions in one week in February 1858. Baptists issued an incomplete statement of at least 17,000 new believers in just three weeks in March 1858. In May, the Christian Advocate estimated 96,216 converts across several denominations. Today, most historians agree that approximately 1 million Americans out of a total population of 30 million confessed faith in Christ during the Businessmen’s Revival of 1857-58.

Characteristics of the Revival 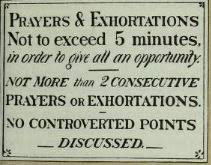 The first two national revivals drew scorn toward some ministers in leadership. For example, in the First Great Awakening, George Whitefield did the unheard-of when he preached outdoors, not in church buildings. Many church leaders denounced Whitefield for his unconventional antics. In the Second Great Awakening, Charles Finney came under attack because of his “new measures'' of leading people to Christ. But the Businessmen’s Revival avoided such criticism because it outlawed controversial doctrines and because it was mainly led by lay leaders rather than any prominent vocational leader(s).

Historians point to a couple of other significant events that flanked Lanphier’s prayer meetings. First, another Christian revival began in Hamilton, Ontario, Canada, the first week of October 1857, which was the same week that Lanphier’s prayer meeting changed from weekly to daily. Second, there was the Panic of 1857. Renowned historian, J. Edwin Orr, notes that the financial hardships of the Panic of 1857 were at its worst in the second week of October 1857 – the same week that Lanphier’s meetings gathered daily. Perhaps both of these events – one positive and one negative – spurred intercessors to make time for prayer. But we should not place too much emphasis on these circumstantial events as if they are responsible for the Businessmen’s Revival, for America has experienced similar situations before where positive stories of revival elsewhere and negative news of financial decline have not produced extraordinary, united prayer.

What we as Christians ought to take away from the Businessmen’s Revival is confidence in the promises of God and commitment to prayer. God has made many great promises that He will certainly hear the cries of His people, give the Holy Spirit to those who ask, and draw near to those who humbly draw near to Him. God is not a respecter of persons; it doesn’t matter if we live in America or China in the 21st century, the 19th or the 1st. God will most definitely visit His people when they seek Him with all their hearts. We must ask ourselves if we will be so moved by these promises to act on them as they did? Will we be among the six faithful ones who showed up for Lanphier’s first prayer meeting on September 23, 1857? Will we be the one, like Jeremiah, who takes the calculated, self-sacrificial initiative to persuade our neighbors to come and seek God in prayer?

Who knows if God will stir someone else’s heart to join us? We can leave that question to God alone. But as for us, let us be the ones who say, “Let us go at once to entreat the favor of the LORD and to seek the LORD of hosts; I myself am going” (Zechariah 8:21). It takes pioneers for prayer and whole-hearted devotion to God. May the Lord raise up many who read this article to join John the Baptist calling out in the wilderness, “Prepare the way of the Lord!”

Christian Union Day and Night follows the example of Jeremiah Lanphier, John the Baptist, and others, by encouraging the Church in America in our day to seek God with all our hearts. CU Day and Night’s mission is to strengthen and mobilize Christians across the US to seek God as He requires for national revival and reformation. You can join this community of like-minded believers and help reach hundreds of thousands more around the country. Find out how here.

We praise God for a terrific weekend of drawing near to Him and for so...

Why Is God Not Moving MORE In America?

But above all, my brothers, do not swear, either by heaven or by earth or...

As for a person who stirs up division, after warning him once and then twice,...

Before you go, would you like to spend more time seeking God?

It’s hard to carve out time to sit in God’s presence and learn what He wants to teach us when we are daily bombarded by distraction. That’s why we’ve equipped thousands of Christians like you to seek God and pray for revival to come to our hearts and nation. This free 5-lesson course has 25 daily readings that will rekindle your prayer life.

You’ve demonstrated such a heart for revival, we thought you’d want to know about this opportunity.

Is this course something that interests you?

Get my free course